This morning we left Forks, WA to head to Glacier National Park in Montana.  On the way we stopped in the historic town of Port Townsend along the northern coast of the Olympic Peninsula in Washington.  The town, established in 1851,  is one of only three remaining Victorian-style seaports. 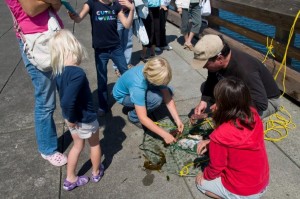 We went to Fort Worden State Park (former US Army fort) and watched people catch crabs (Stone and Dungeness) from the pier, walked the beaches, and saw the historic Point Wilson lighthouse (below).

Point Wilson Lighthouse activated in 1879.  Since 1976 is has been automated and closed to the public. 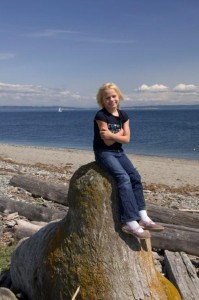 Carlye on a large piece of driftwood.

After Port Townsend we headed east and ended up stopping around midnight just over the Idaho border.  We slept in a Cabela’s parking lot.  Thank you Cabela’s… although I’m sure  we’ve more than paid for the nights stay with all our Cabela’s purchases. 🙂 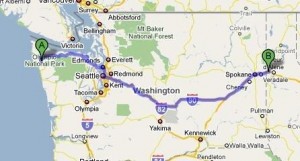 It was sad to start heading east again… but I don’t think further west was a good option.