The popular little ski town lies just south of Grand Teton N.P. and was experiencing higher-than-normal temperatures today! This green space in the center of downtown found us relaxing and simply enjoying each other. 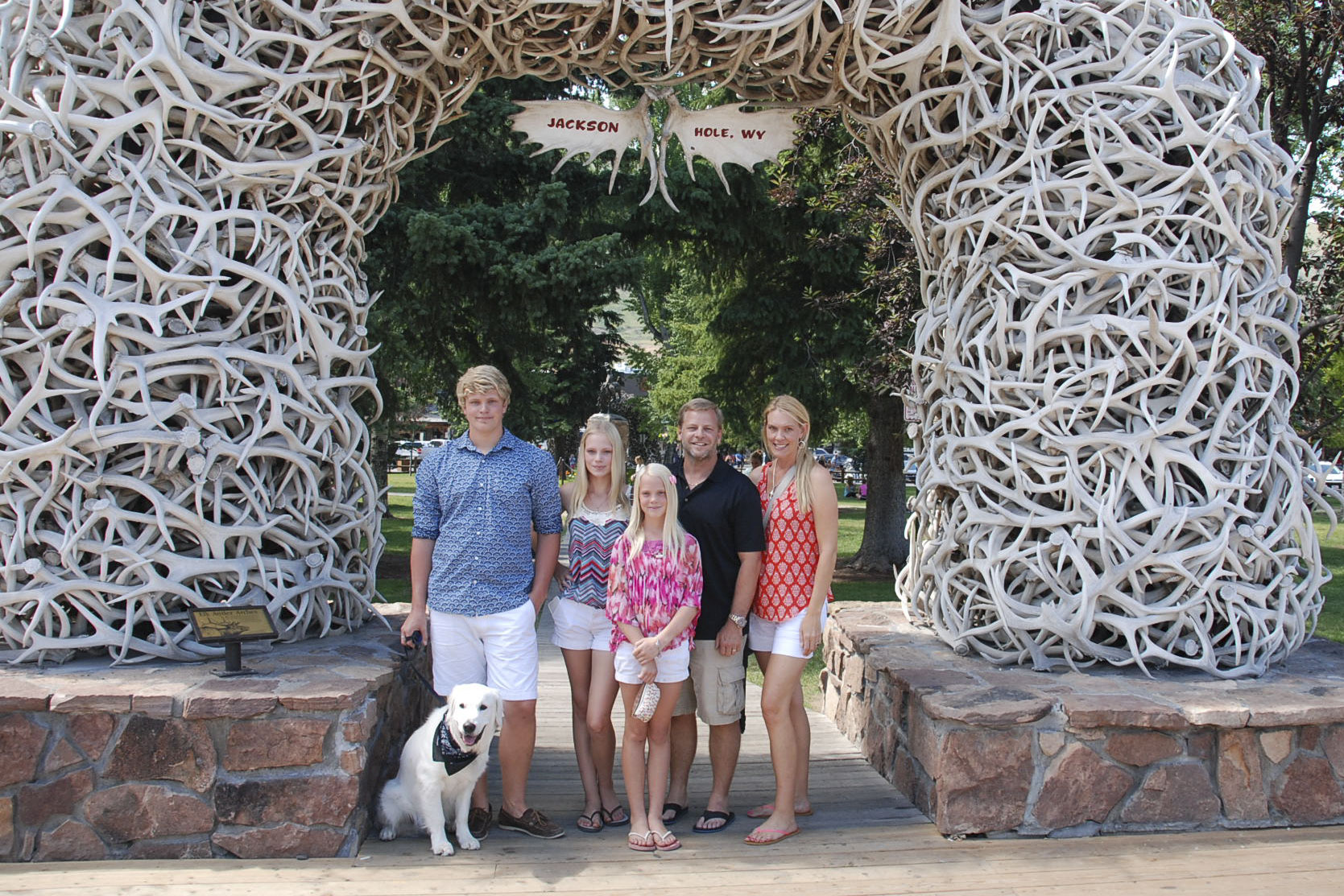 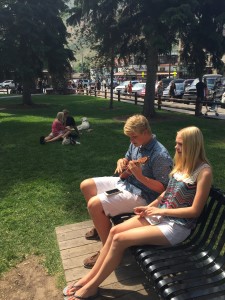 Jordan broke out the ukulele and Carlye sang along much to the delight of other park patrons. After some success in the park they moved their performance to the street corner where Jordan put down his uke case for some tips.  We were all amazed when 45 minutes later they had made $47! 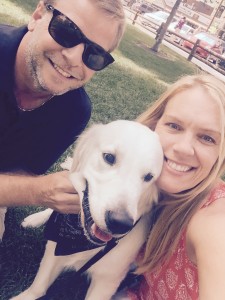 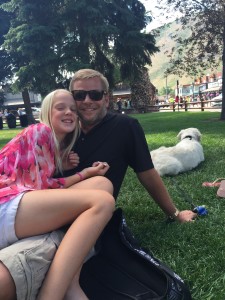 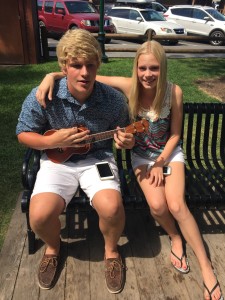 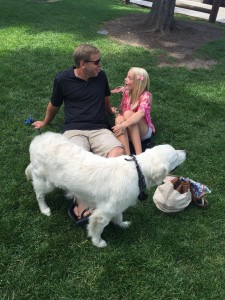 Sometimes you just gotta stop and smell the grass . . . and just relax . . . Sigh

And other times you’ve got to get moving! Rock climbing is a popular sport here in the mountains, and this park had some pretty serious training going on for kids of all ages. Alyssa made it to the top in record time–barefoot! 🙂 (She obviously received that gene from her Daddy who took rock climbing courses in college during his time at ORU.) 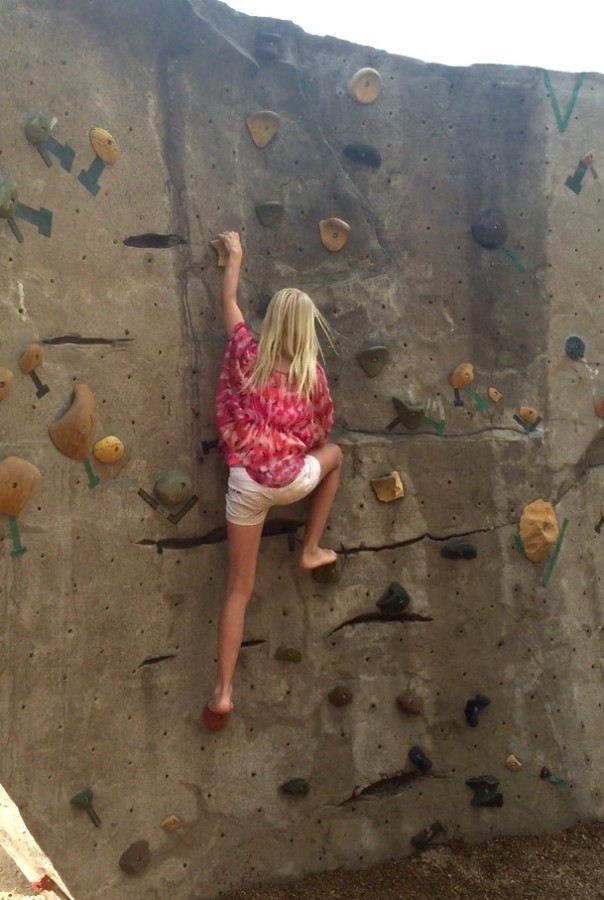 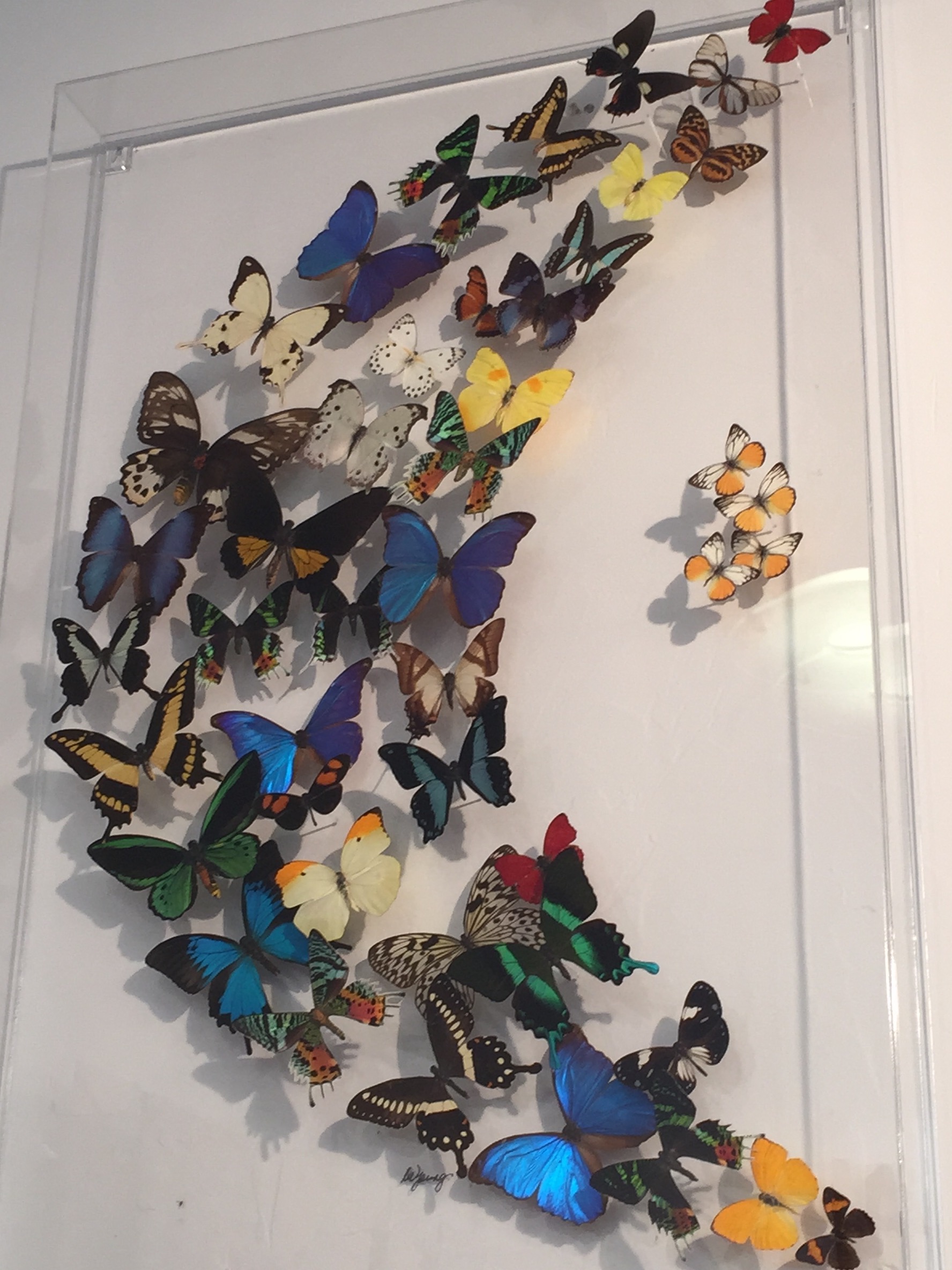 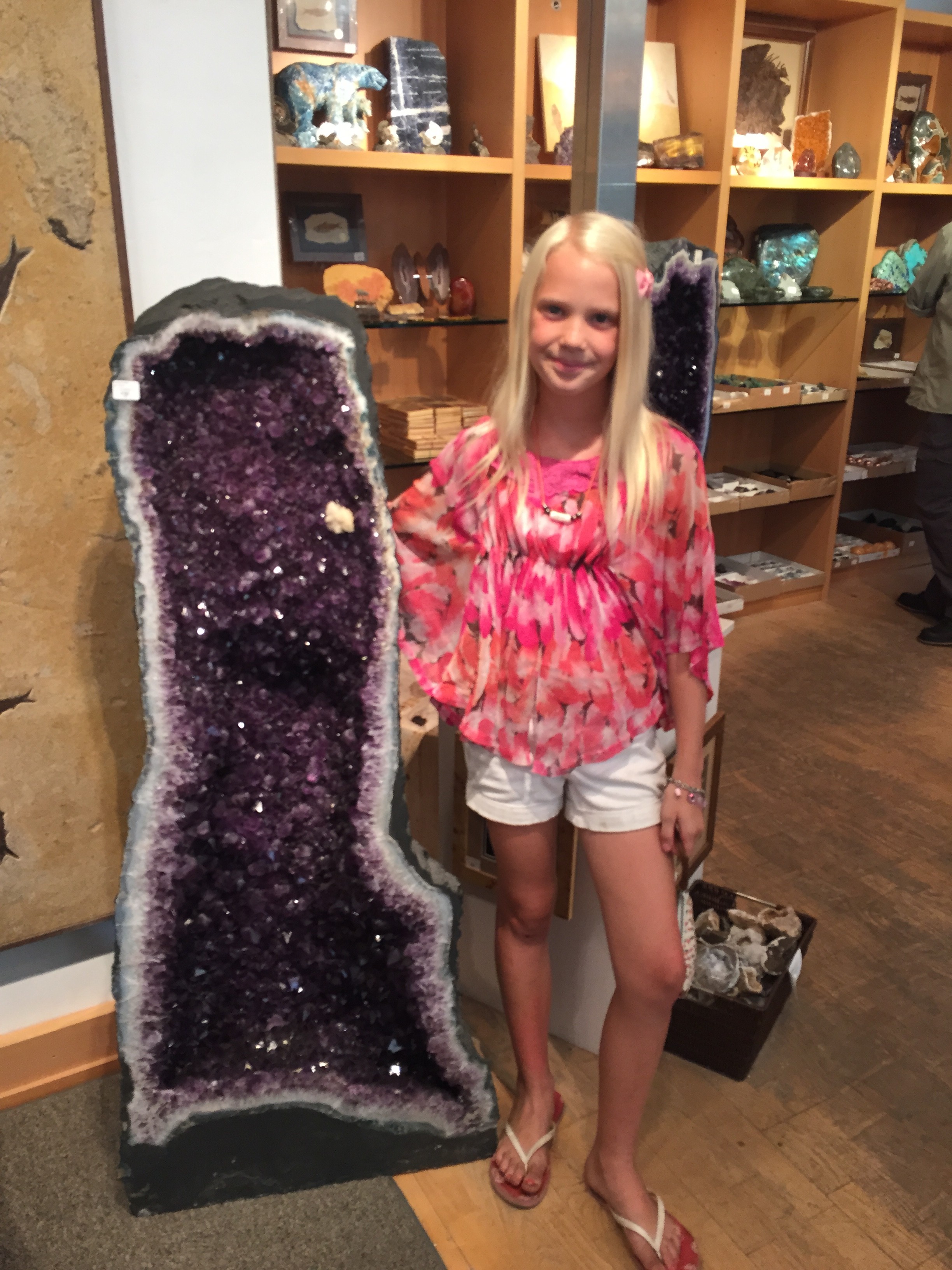 The varied natural beauty of the Jackson/Teton area is astounding. Artisan shops abound in Jackson Hole. This Geode is almost as big as Alyssa–But it’s value doesn’t even come close! 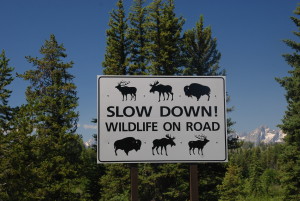 Onward and southward to Moab, UT where the temps will reach 105º all week!