Today we left Salt Lake City heading west with our final destination of Northern California and the Redwood National Park.  On the way we decided to take a detour and visit Lake Tahoe as we have never been there.  We switched our GPS to Carson City NV.  First, just before leaving Utah on I-80 we stopped at the Bonneville Salt Flats.

The Bonneville Salt Flats is one of the most unique natural features in Utah. It stretching over 30,000 acres.  Thousands of visitors, commercial filmmakers, and of course, high speed auto racers, make the Bonneville Salt Flats a world famous destination.  In 1970, Gary Gabolich’s rocket car, “Blue Flame”, attained a spectacular 622.4 miles per hour.

The actual raceway at the Bonneville Salt Flats is 80 feet wide and approximately 10 miles long.  An interesting fact is that it is impossible to see the end of the track from the beginning due to the curvature of the earth! 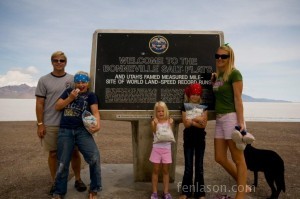 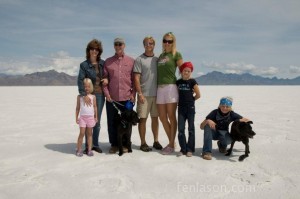 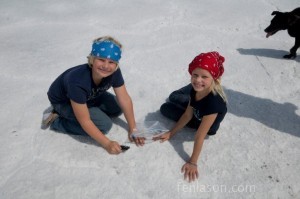 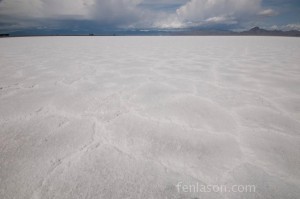 The kids had a blast playing in the salt.  They each collected a huge zip lock full of salt for “their friends.” 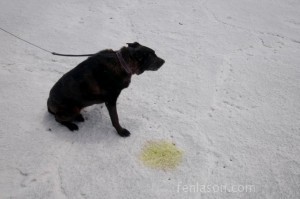 “Kaley… for the last time.  Tell the truth… Did you go on the salt?” 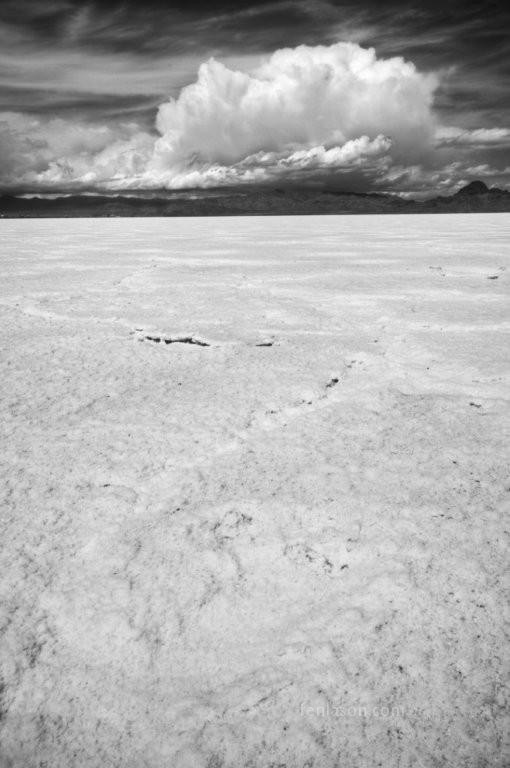 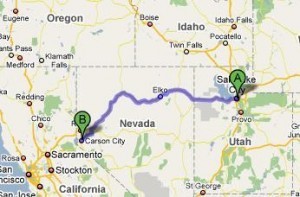