Today we got up early and drove to Crater Lake National Park.  I was hoping it wouldn’t be anti-climactic after spending three hours driving East from the Pacific Coast (to Grants Pass) and another 2 1/2 hours each way today… But we figured when are we going to be in Oregon near it again?  We have also heard that not only is it the deepest lake in North America, but the bluest.  This was enough to peak our curiosity and tip the scales in favor of the adventure.  I must say… it was well worth it!  If you are in the area, you owe it to yourself to see for yourself!  Not only did we enjoy the beauty of this non-crater made lake (don’t believe everything you hear) but our Florida kids couldn’t be happier playing in the vast amount of remaining June snow. 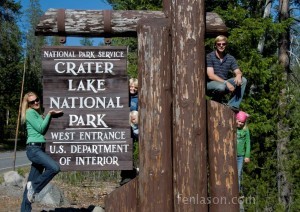 We finally made it!  (A special thanks to Vanna for modeling the sign) 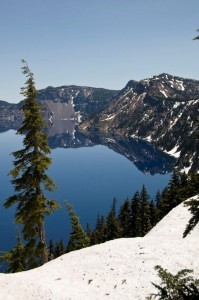 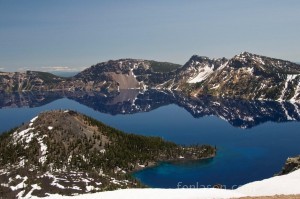 Twenty-one square miles of intensely blue water awed us as we looked down from the cliffs almost 2,000 feet tall.  This lake is the deepest lake in the United States at 1,900 feet. 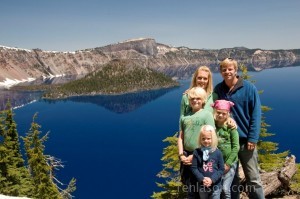 We drove the Rim Drive stopping a t viewpoints along the way. 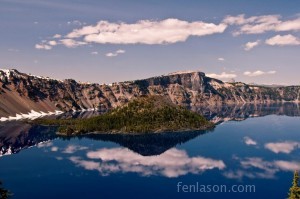 The name, “Crater Lake” is an anomaly as it wasn’t a meteor at all, but a volcano that caused this natural lake.  Mount Mazama’s eruption about 5,700 B.C. catapulted volcanic ash miles into the sky and expelled so much pumice and ash that the summit collapsed, creating a huge, smoldering caldera. 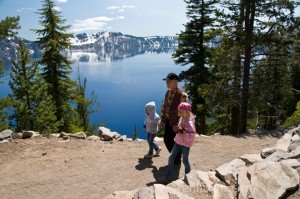 Poppi hiking with his grand kids on the only open trail (Cleetwood Trail).  The others are still closed due to lasting winter snow. 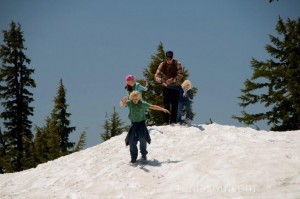 “Who cares about the lake when we can play in the snow” was the thoughts of our three kids. 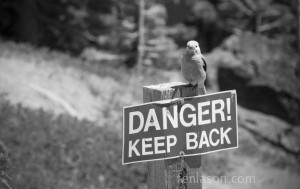 Crater Lake National Park guard bird (or so he thinks!) 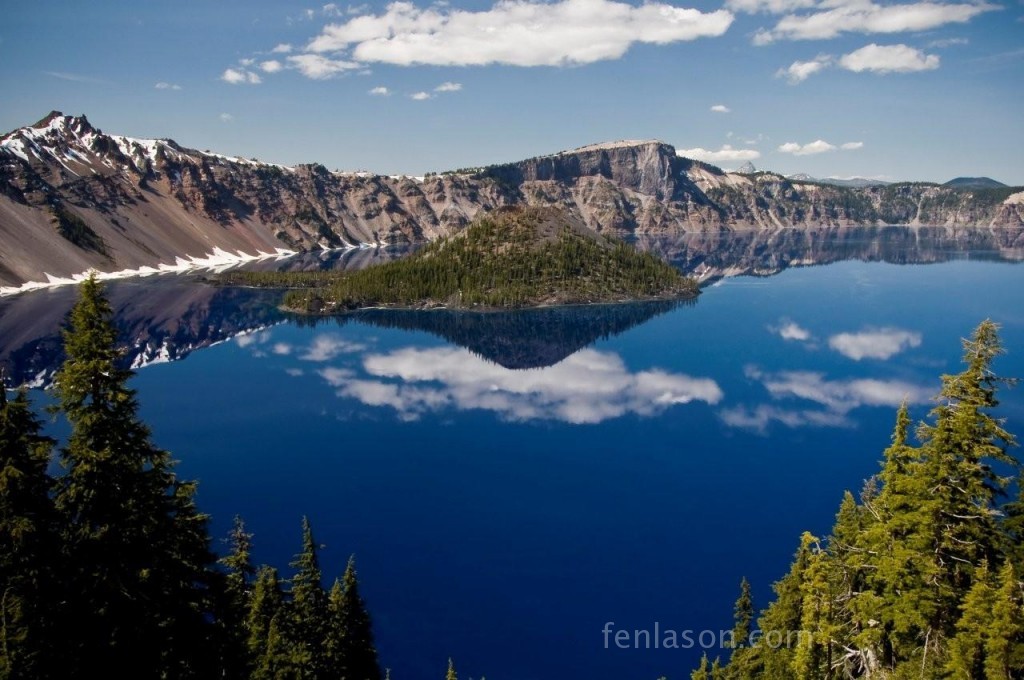 This is the natural (unedited) blue color of the lake… simply amazing!  The deep blueness of the lake overpowers the blue summer sky. 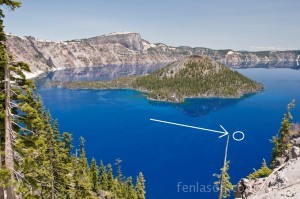 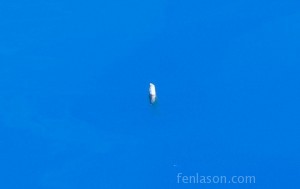 Interesting Fact:  Look above at the picture to the left.  The sharpest eyes may catch a glimpse of something very peculiar on the lake surface, what appears as a very small and whitish dot. Like other objects seen from a distance, however, its size from the rim belies how large it actually is (30 feet long and two feet in diameter.)  This untethered voyager has been observed even before the lake became part of a national park and seems to be as unchanging as Wizard Island.  For just as long this denizen of the deep blue has been called the Old Man of the Lake for this same log has been floating for well over 100 years (in 1896, the Old Man floated just as it does at present.)  …so now you know.